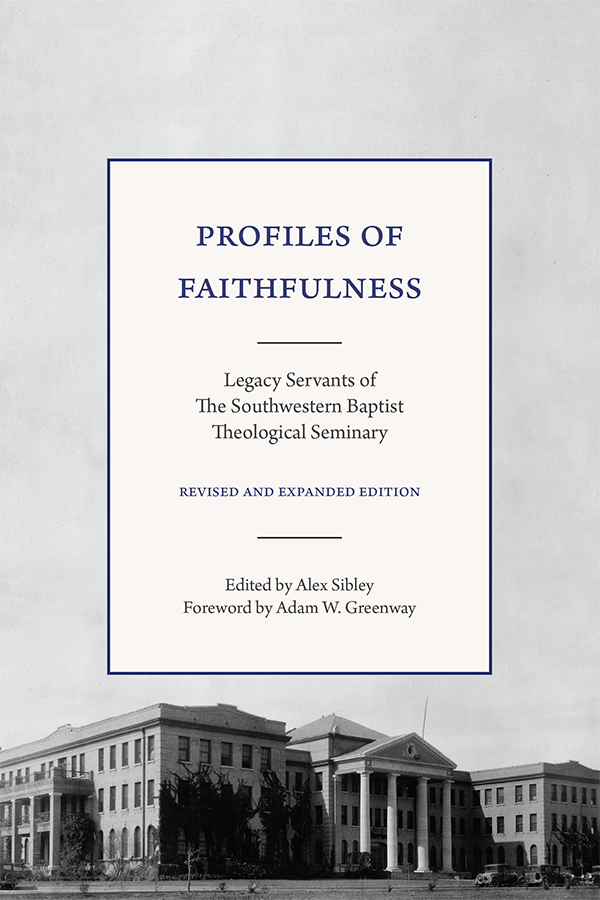 Delving into the history of The Southwestern Baptist Theological Seminary reveals a pattern of Gospel faithfulness that goes back through the generations of faculty, students, and administrators, all of them called and sustained by a great and faithful God. This volume profiles some of these individuals, exposing how God has used a myriad of men and women to impact the seminary and, by extension, the Kingdom of God. Originally published in 2019 with 16 profiles, the revised and expanded edition profiles an additional 22 “legacy servants.”

As the seminary’s ninth president Adam W. Greenway has said, today’s students and faculty are living in a house they did not build, drinking from a well they did not dig. This volume highlights some of the men and women who built the house and dug the well.

Alex Sibley served as managing editor of Seminary Hill Press and associate director for news and information at Southwestern Seminary. He is the co-editor (with Matt Queen) of And You Will Be My Witnesses: 31 Devotionals to Encourage a Spirit of Everyday Evangelism and the editor of In Praise of a God who Saves: 110 Stories of Everyday Evangelism.